Continuously operating, serving the students and communities of South Florida, the nation and internationally since 1964 , The South Florida Youth Symphony faculty and board of trustees have developed and maintained one of the oldest and most respected classical music training organizations for young people in the USA., fully participating as a member of the Youth Orchestra Division of the League of American Orchestras. The late founding Maestro, Mr. Carmen Nappo, former conductor of the Miami Ballet, the Miami Metropolitan Symphony and the Founder/conductor of “Holiday on Ice”, started the South Florida Youth Symphony with the vision of offering teenage musicians the chance to learn and perform the great masters of the musical world, together with their equally qualified peers, thus sustaining the legacy of orchestral music in our community.. Today 55 years later, the tradition grows and abounds under the fine direction of Maestro Nappo’s step daughter, Marjorie Gould Hahn, a board member of the League of American Orchestras National Youth Division.

The South Florida Youth Symphony started with holding rehearsals in The Biscayne Gardens Women’s Club in 1964. In 1965 the symphony moved to North Miami City Hall when told the organization could not have black or Hispanic children in the program at the Biscayne Gardens Center. In 1966 the City Of North Miami Beach under the sponsorship of Mayor Dan Diefenbach adopted the Symphony where it was accepted for inclusion of all children, and housed until renovations of the City Hall buildings took the in 1994. The SFYS then moved to St Martha’s Parish in Miami Shores for 3 years when the organization was invited to relocate the program to Miami Dade College North Campus in 1996. This location at the Pawley Creative Arts Center, has now become home to the South Florida Youth Symphony.

Locally the symphony organization of over 250 students a season, including 5 training classes and three levels of orchestra performs over 4 community concerts each season from August through May, and utilizes coaches who are alumni of the orchestra, professional area musicians, and visiting professionals or local teachers and conductors. SFYS has hosted 23 years of summer music camp programs for predominantly underserved children, in both North and South Miami Dade County, and Broward County.

The organization provides informational concerts, event booths, demonstrations and in school/festival mini concerts for students in North Dade, and surrounding communities. The Youth Symphony has performed in Carnegie Hall, New York; In Grand Cayman for the opening of their Harquail Theatre; has won top award trophies for musical floats in three Jr. Orange Bowl parades; Superior National Trophies in Music Festivals in Washington, New York and the Bahamas; performed and competed at the 30th International Youth and Music Festival in Vienna Austria, as well as side-by-side concerts with the Vienna Youth Symphony and in local Austrian Communities In 2004-05. In 2006 the orchestra traveled on a cultural music exchange supported through the American Embassy, to perform side by side in Managua, Granada, Lyon and outlying cities, and youth halls in Nicaragua, with the Sinfonica Juvenil de la Camerata Bach. Most recently the group traveled to the Presidential Inauguration in 2017 and performed in the Music Festival winning the Gold award,  they then went to Carnegie Hall in 2018, then on the Parague Bohemia Youth Music Festival in 2019 again winning the Gold Award.

More over, the South Florida Youth Symphony provides life changing skills to the students and families of the North Miami Dade Community.
Outreach includes performing for festiuvals and children sensory friendly programs at the Actors Playhouse in Coral Gables; performing for nursing homes, and parties/gaherings

The amount of scholarship aid the South Florida Youth Symphony has awarded for tuition lessons and summer music camp scholarships exceeds $24,000.00 each year.

The organization never turns away a student because of limited funds. Outreach programs are active in surrounding communities to try to bring life changing activities to those students who would not usually have the opportunity to study music. Through these programs and events, youth are given direction, focus, stability, self esteem and purpose in their lives. This type of positive program also stimulates students to stay in school and become the teachers and mentors of tomorrow. 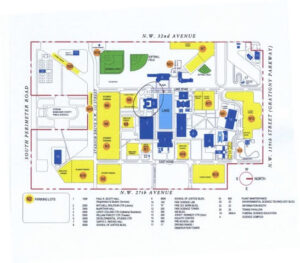 A copy of the official registration and SFYS financial statements may be obtained from the State of Florida division of consumer services by calling toll free 800-435-7352. Registration does not imply endorsement. Registration #CH6751. Also find us at SUNBIZ

Orchestra Patron – $50-$99: ALL donors receive recognition in the programs

Orchestra Chair Sponsor – $500: Includes two free tickets to any one concert, name listed on sponsor page in the Program Guide

Scholarship Donor – $500-$999: Includes also: all of the above plus 4 free tickets to any two concerts, logo listed on sponsor page of Program Guide

Concert Sponsor – $2,500-$3,499: Includes photo in Program Guide, company logo displayed on the program cover, and 10 tickets to the sponsored concert

Composer Angel – $3,500-$5,000: Includes Concert Sponsor level plus invitations to any special events and receptions, 10 tickets to any SFYS concert,special poster displayed at all concert events.